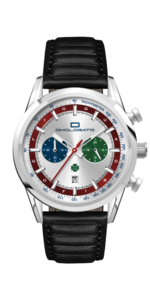 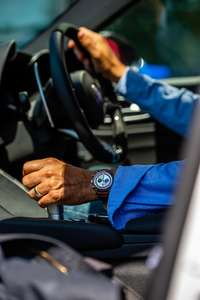 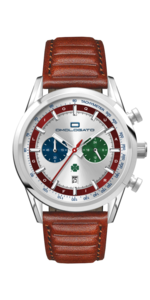 In stock 4th August - Back orders going out 5th August 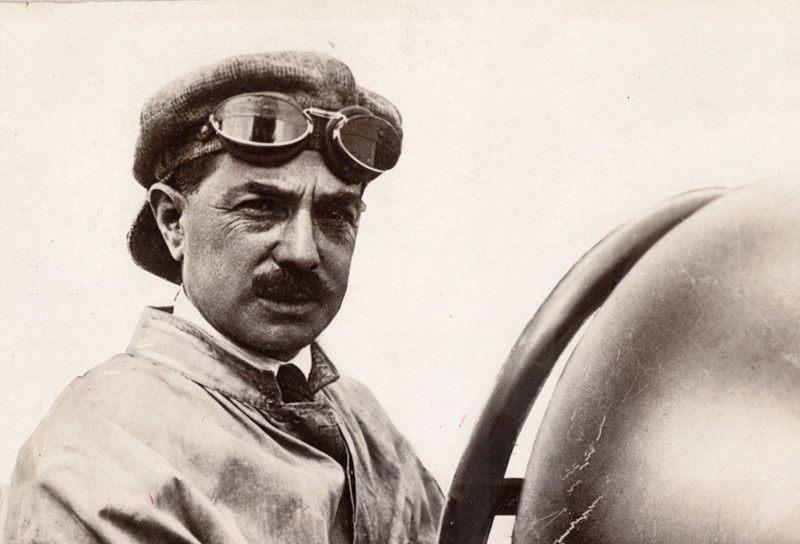 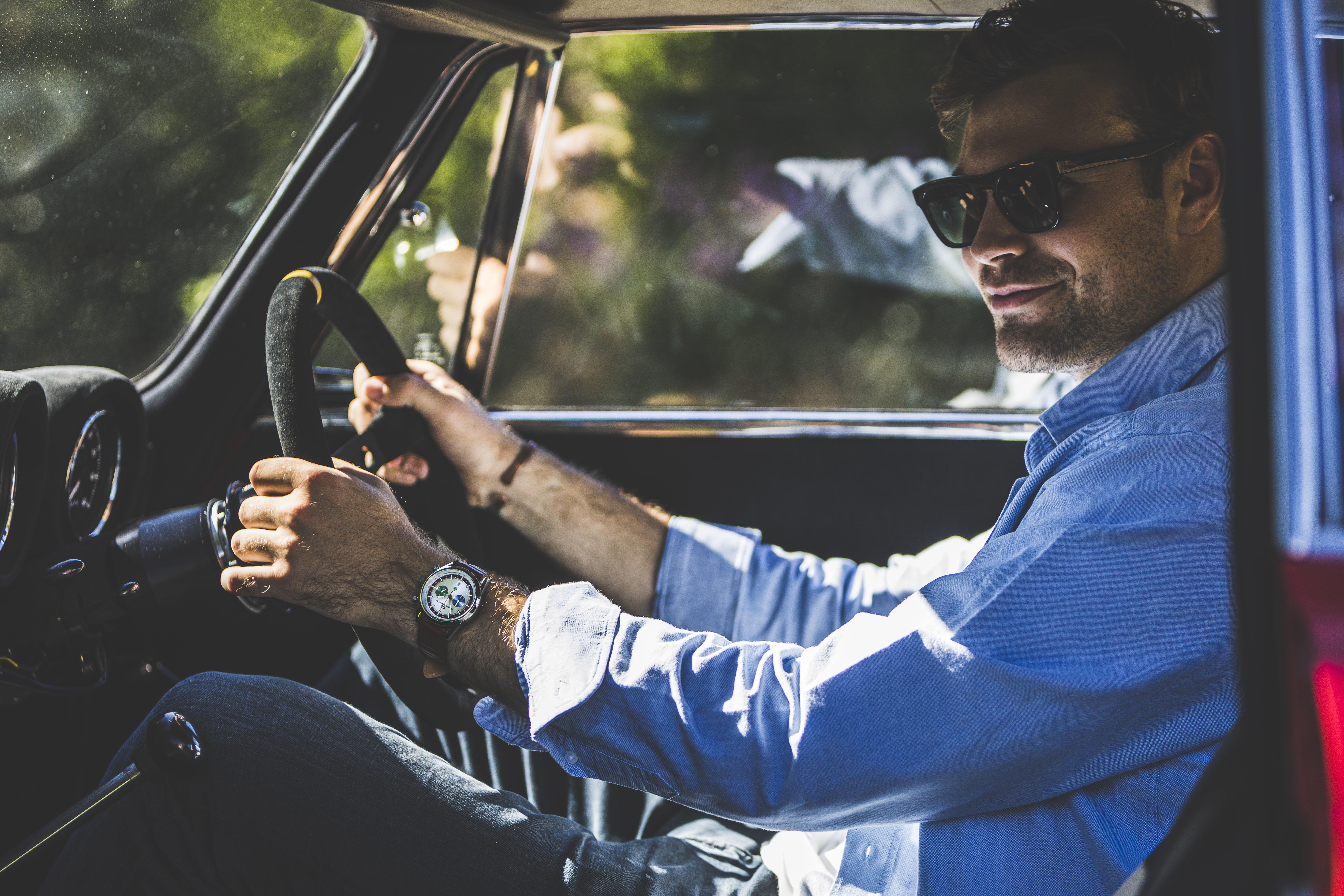 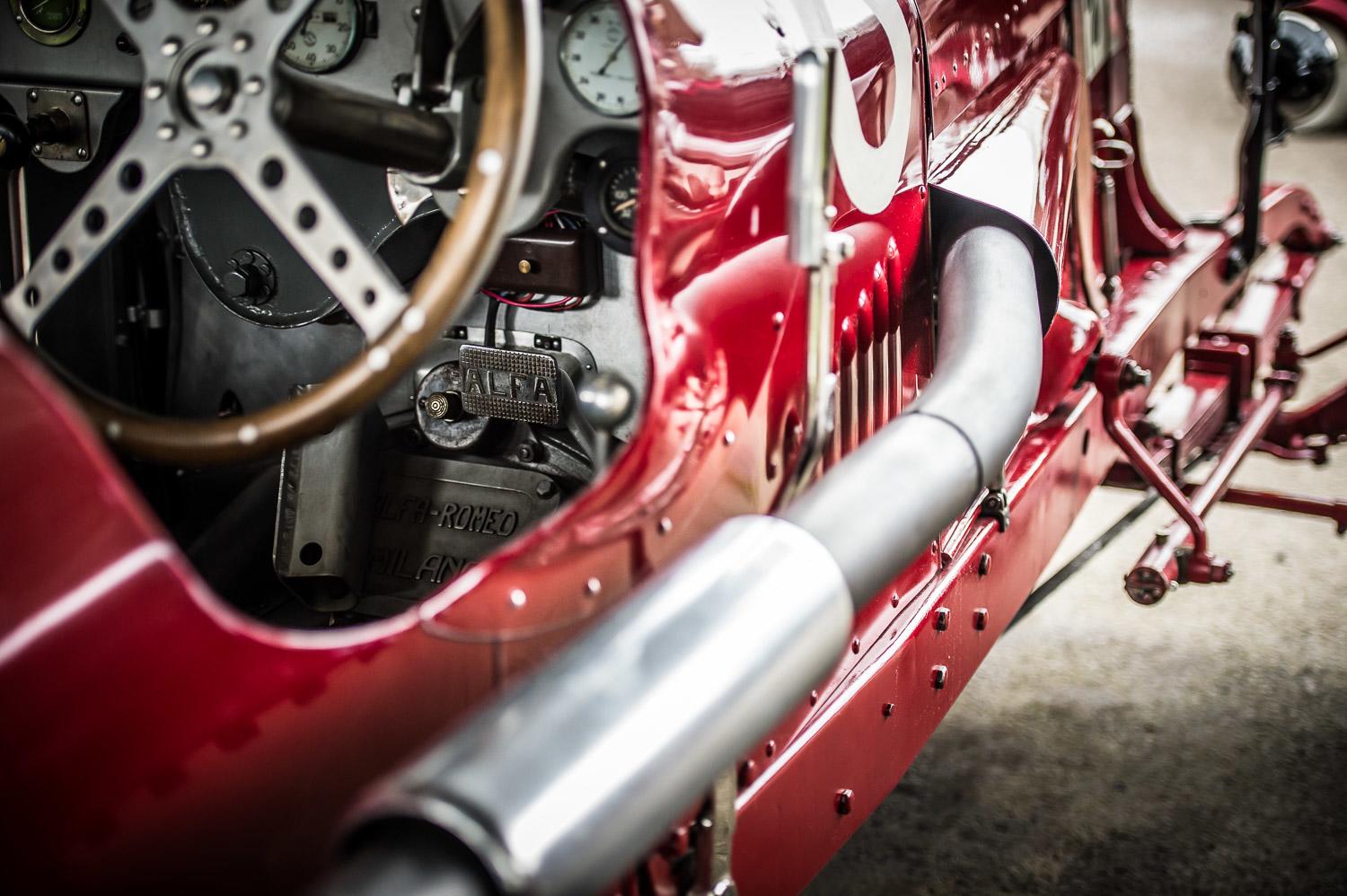 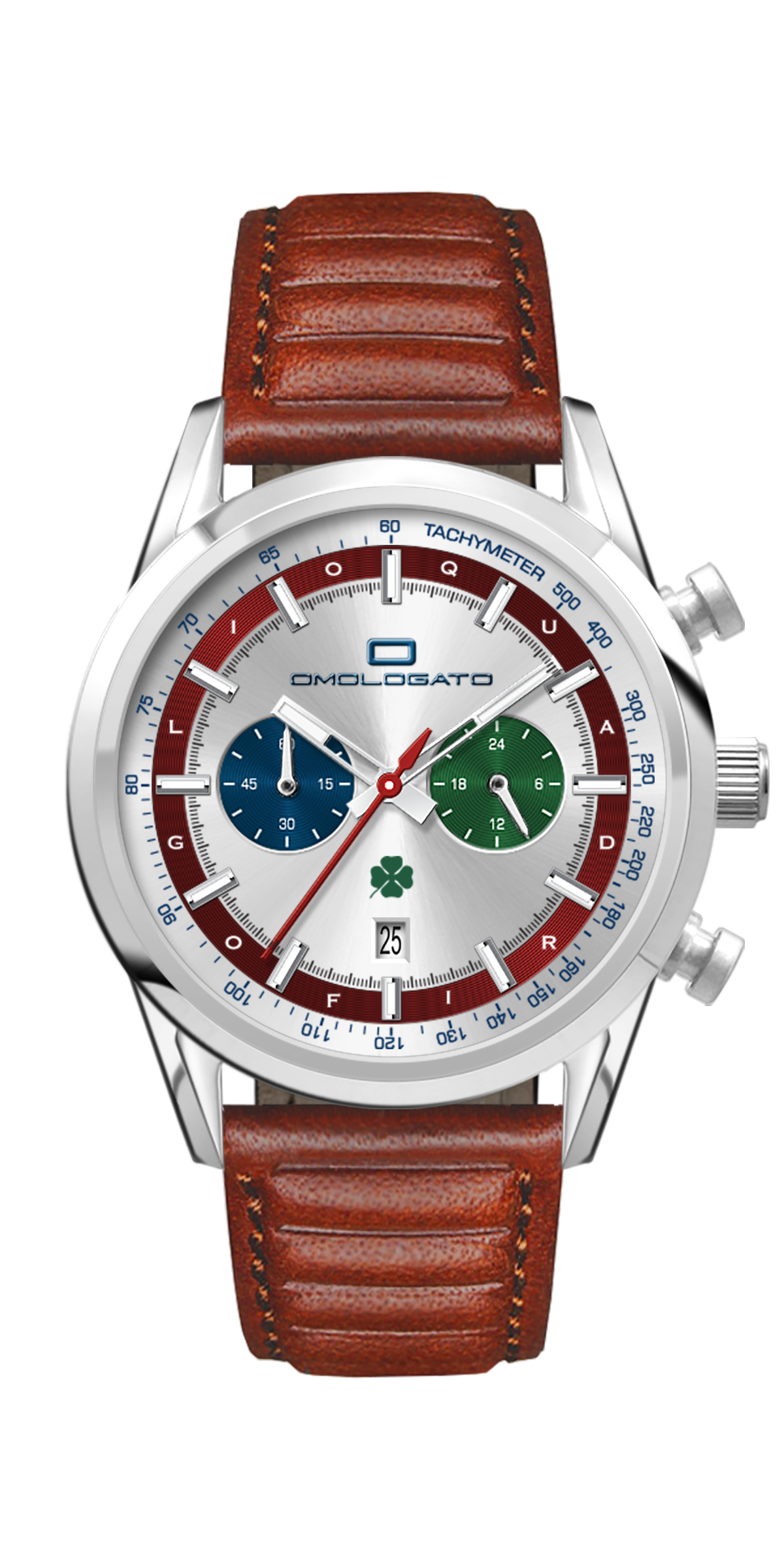 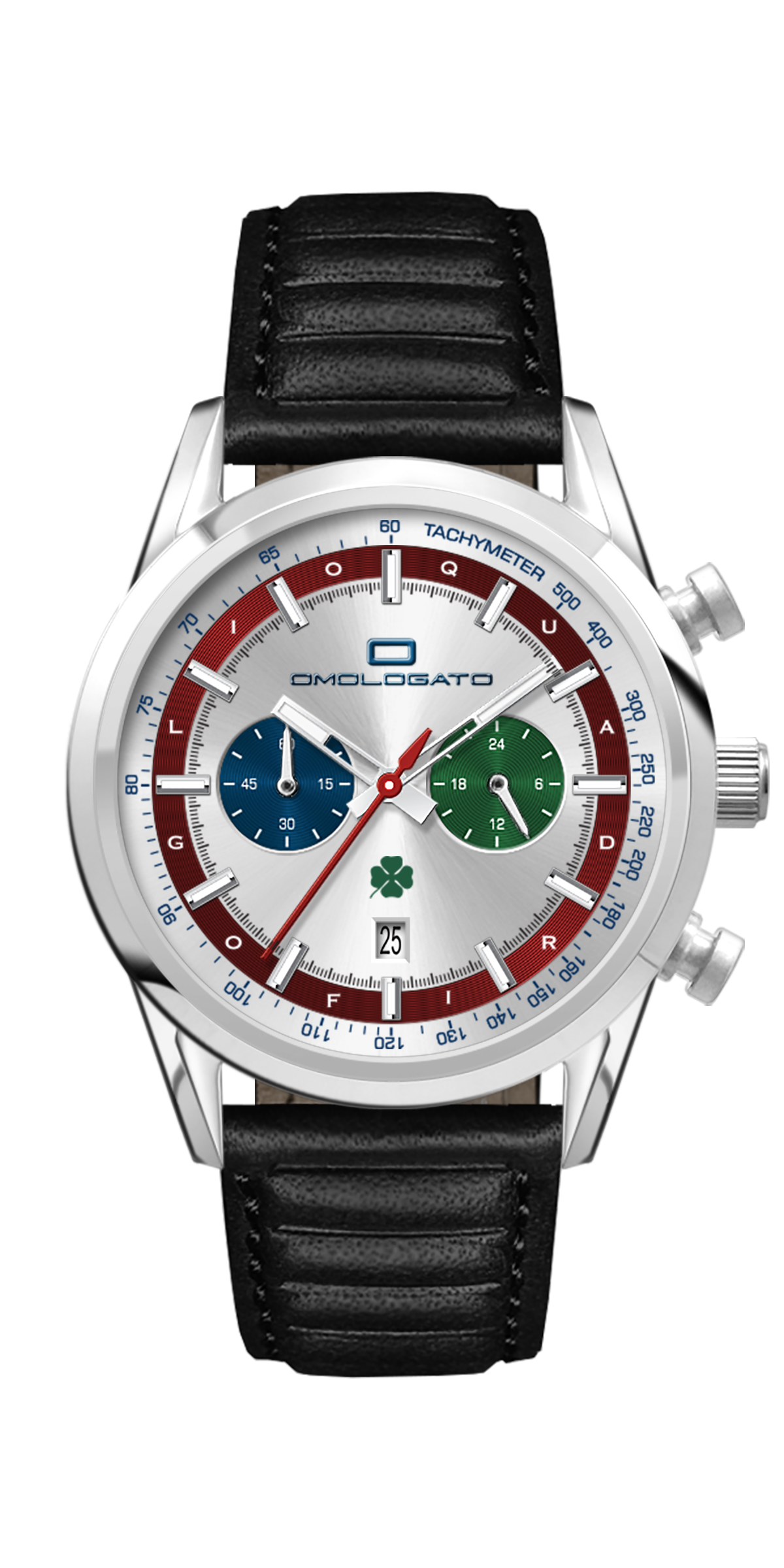 “Quadrifoglio is one of those racing names that stir emotions of racing in its purest form” says Omologato founder Shami Kalra. “When designing this watch I wanted the wearer to be reminded of this great racing team and the 3 great racers Farina, Fagilo and Fangio who took Alfa Romeo to be the status of motor racing royalty in the 158. The colours used on the dial are a tribute to this famous marque.