A man I know once told me a story about one of beautiful but aloof twins he worked with years ago. While waiting at a coffee shop, he struck up a conversation with one of them about the watch she had on her costume-jewellery ring.

“Who made that?” he asked her.

The blonde looked at him, then looked at the ring watch for at least half a minute and eventually replied: “I think it’s a Quartz.”

Not aloof, then, just not very bright.

In a similar vein of differing perspectives, and closely related to my friend’s anecdote, was the Quartz Crisis of the 1970s, or, as it was known in the rest of the watch world, the Quartz Revolution.

Everybody knows that the Crisolution kicked off with the Seiko Astron (which cost the same as a medium-sized car in 1969), but that its roots could be traced back to the battery-powered Hamilton 500.

Everybody knows Swatch pulled the Swiss out of the death spiral.

What most people forget is that the lofty Swiss share (more than 50 percent) of the global 1960s watch market was largely a product of World War II, when the Swiss chugged along neutrally, making personal watches when most other watch and clock maker had switched to military work to make stuff blow up on time.

By the time peace broke out, the only quality new watches to be had, more or less, were Swiss and, boy, did they milk it. Money, money, money.

The Crisolution, though, was one largely of Swiss making.

For starters, the entire genesis of the Quartz movement traced back to a Swiss jeweler, Max Hetzel, who made a tuning fork resonate at a constant 350Hz via current from a 1.35 Volt battery in 1954, then used it to move the hands of a Bulova Accutron six years later.

So the Swiss had the head start on the rest of the world, just like they had in 1946.

The big names, like Patek Philipe, Omega and Piaget were clambering over each other to launch the first breakthrough commercial Quartz watch, and so was Seiko, and then 20 of the major Swiss brands joined forces to develop Quartz technology.

It was a Quartz frenzy, from at least 25 Swiss brands and one from Japan, plus a few others from around the world.

Seiko dropped the Astron on the world in 1969, but the Ebuches SA Beta 1 was only a year later, and then Omega and Hamilton followed suit.

The Omega Marine Chronometer resonated its Quartz circuit at 2.4 million vibrations per second, then it followed with a combination analogue/digital Quartz watch, then a fully LCD one.

And then it seemed like the whole of Switzerland blinked.

At the same time.

And then it couldn’t open its eyes again for more than a decade.

I mean, Quartz technology was more accurate than what they’d always used. It was lighter. It was less expensive. It required less expertise to assemble and manufacture.

It was everything the Swiss makers somehow convinced themselves was beneath them.

The rest of the world looked at Switzerland’s industry frozen in the headlights and rubbed their hands with glee. They had three decades of post-war drubbings by the Swiss to make up for by now and they went on a rampage, especially the Japanese, like Casio and Seiko. For a time, the Americans surged, but they, too, were all but wiped out as Hong Kong became the world’s watch-making hub.

The Swiss are back now, but are they really, and can they give themselves credit for it?

Most of them are brand shells beneath conglomerate umbrellas, and most of them are, what the car industry derisively calls, “badge engineered”, sharing everything important beneath their own designs.

The democratization of luxury markets, in everything from boats to cars to shoes, is what swept the Swiss industry back to profitability, rather than any Seiko-like obsession with watch technology.

The Swiss ran away and hid from a watch revolution of their own creation in the 1970s and even when their heads were in the guillotines, they showed few signs of innovating their way out again. 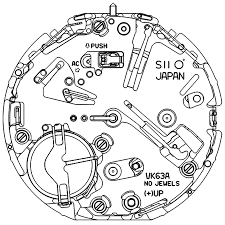