The story began in 1923 when driver Ugo Sivocci, a close friend of Enzo Ferrari, painted a green four leaf clover on a large white square on the hood of his RL. Several period reports indicate that Sivocci was a highly superstitious man who believed that the clover would bring him luck during his next race.

Low and behold, Sivocci drove the RL in the 14th edition of the Targa Florio at an average speed of 36 mph (59 km/h), a stellar velocity considering the era and the course’s generally poor pavement. The pilot won the grueling race and earned Alfa’s first Targa Florio victory.

What happened next is a hot topic of debate among historians. Some say that the Alfa team was so inspired by Sivocci’s success that a quadrifoglio was painted on every car’s hood after the Targa victory. Other accounts report that Sivocci routinely painted a quadrifoglio on his own cars following the Targa Florio and that his team mates – including Enzo Ferrari – adopted the symbol on a white triangular background as a homage to the pilot after he was killed on the Monza track at the wheel of a P1 in September of 1923.

Regardless, by the late 1920s the quadrifoglio had become ubiquitous on track-bound Alfas and it enabled race officials to quickly distinguish factory-backed race cars from vehicles competing for private teams, including the Scuderia Ferrari. The brand had not started to build its own cars but it was already using its iconic black and yellow prancing horse emblem.

The quadrifoglio became a regular feature Alfa race cars over the following years. One of its most famous appearances was on the 158 and the 159 Alfettas that were driven to victory by Giuseppe Farina and Juan Manuel Fangio in the first two Formula 1 Championships.

The emblem was first found on a production vehicle in 1963 with the launch of the limited-edition, high-performance Giulia TI Super. The rest, as they say, is history, and the quadrifoglio has adorned the front fenders of many of Alfa’s most potent street-legal machines since. 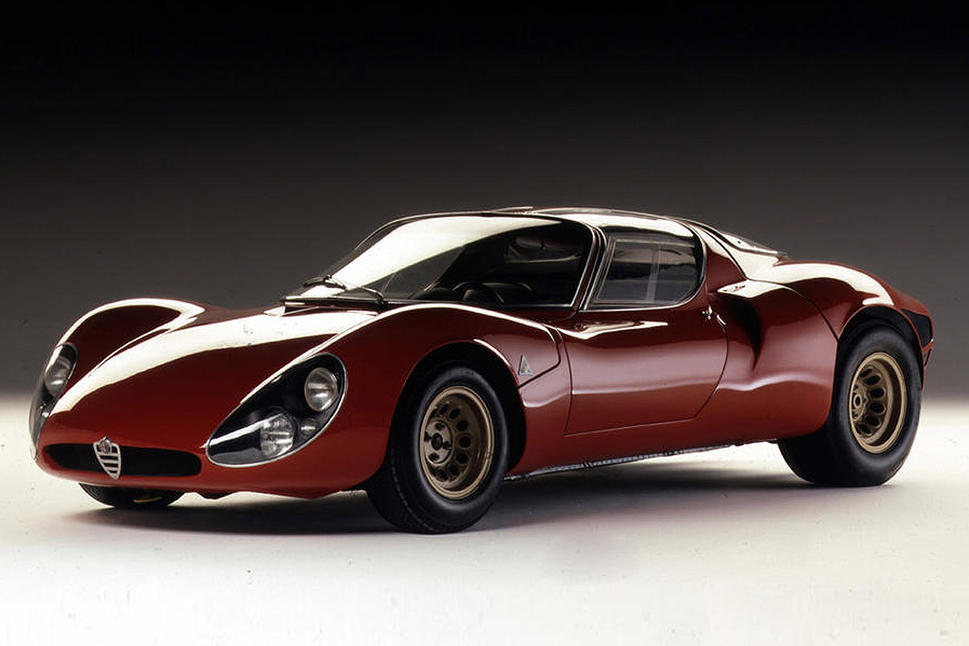