On his first British Rally Championship (BRC) appearance in over two and a half years, Osian Pryce finished second overall on the Llandudno-based Visit Conwy Cambrian Rally (Saturday 8 February) – despite it being his first gravel rally in a Hyundai i20 R5 and his first event with new co-driver Noel O’Sullivan.

And the talented 26-year old Machynlleth-born driver said that finishing runner-up to local driver and last year’s event winner Matt Edwards, particularly after such a long lay-off since his last gravel rally in an R5 car, was “as good as a win”.

With only a very short pre-event test beforehand, and driving at no more than 85%, Pryce set equal second fastest time on the opening stage through Crafnant. A quick spin at a hairpin on the next stage, Gwydir, cost him a few seconds, but he was back up to second place after setting another second quickest time through Penmachno forest – a position he held entering midday service after a high-speed blast around the Great Orme.

Three stages ran in the afternoon – a repeat of Crafnant and Gwydir and a run through Elsi – where Pryce maintained a controlled and safe pace in the Melvyn Evans Motorsport-run Hyundai i20 R5 to secure the runners-up spot. With very little experience in the car, he finished 38.4 seconds behind defending British Rally Champion and local driver Matt Edwards and 31.6 seconds ahead of third-placed M-Sport Ford supported WRC 2 driver Rhys Yates.

Pryce said: “Finishing second to Matt Edwards on his local Cambrian Rally is as good as a win for me. I haven’t driven at more than eighty-five per cent all rally, as this was the first time that I’d driven the Hyundai i20 R5 on gravel, so there is a lot more to come from both me and the car. The stages were quite rough in places, and with no time to fine tune the set up of the car to my liking, I wasn’t prepared to give any more as I’m sure it wouldn’t have ended well! We set out to do our own rally and not worry too much about where we were on the leaderboard – that’s exactly what we did all the way to the finish, and it was undoubtedly the best approach to take.

“My first rally with Noel was great. Having never even sat in a car together before our short pre-event test, I’d say everything went very well.

“A big thanks to those who made this happen, especially Omologato Watches, Ryan Motorsport Insurance, Pirelli, Hockly Motorsport and G&M Pryce Ltd, and to the Melvyn Evans Motorsport team for proving a faultless car.

“There are plenty of places where we can improve, but it’s been a good day and it was great to be back competing in the British Rally Championship. We’re working hard to try and make it to the next round of the series in West Cork now.”

O’Sullivan said: “It really was a great weekend with Osian. I didn’t really know what to expect coming to Wales with a new driver, a new team and a new car, but it all worked well. Osian is easy to get on with and a great driver. Right from the pre-event test and the recce we hit it off straight away and we learnt an awful lot during the event. To set equal second fastest time on our first stage together and to then go on without making any mistakes to finish second overall, well we have to be pleased with that, don’t we?!” 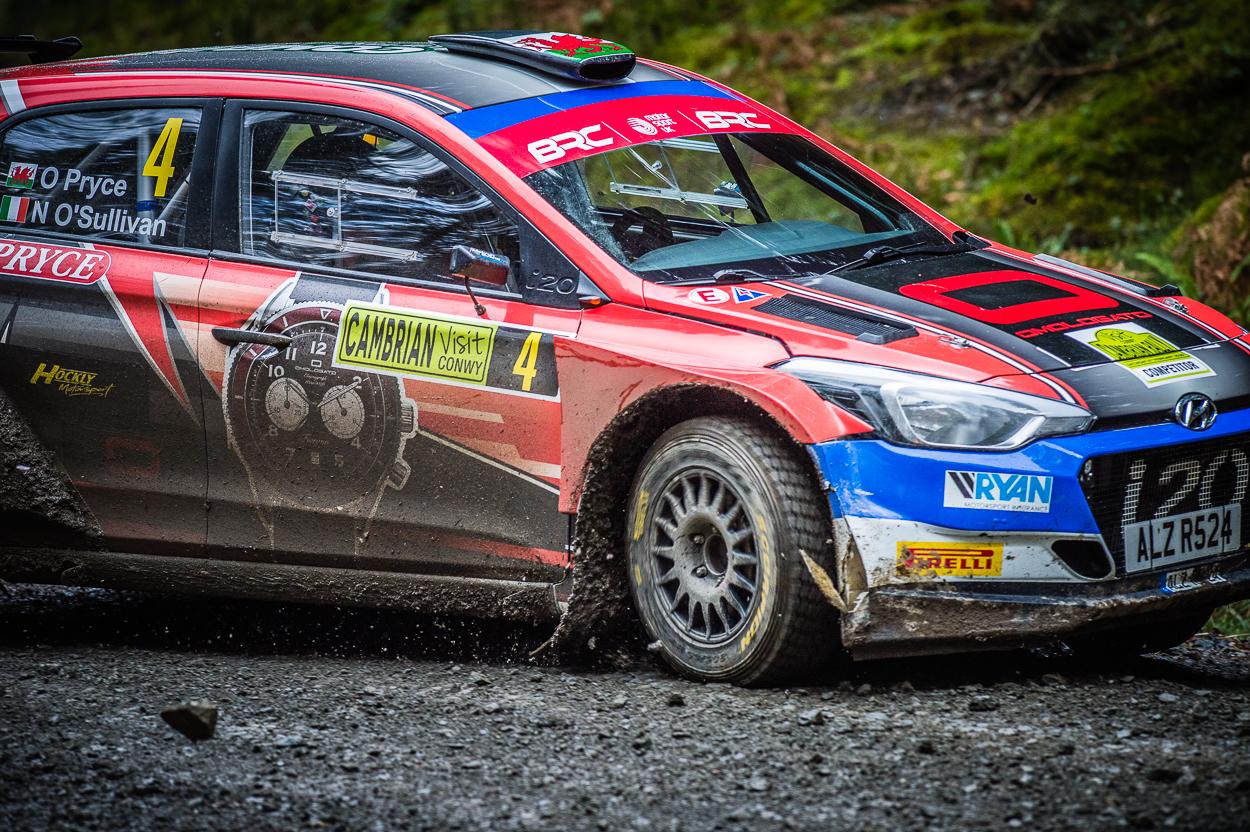