31Aug Mechanical watches vs smart devices for your wrist.

In the past five years, the very concept of the Smartwatch has blown up in popularity and has become a genuine household name. Offering beneficial heath applications, quirky designs and relativity low price propositions the modern Smartwatch is being dubbed the greatest tool watch ever. It is also true that the Smartwatch has had, in the past, real limitations and challenges in both functionality and aesthetics. From the very first inception of the Seiko Receptor Communicator in the early1990’s to the breakthrough Apple Watch in 2015, the trend of the Smartwatch has changed and evolved into something both disruptive but influential for the entire horological market.

The Smartwatch has, in reality, always been regarded as the redundant stem in the horological jungle, having come and gone in waves without any great success in the market. Moreover, there has always been a sense of confusion as to who the Smartwatch is designed for. Well, it is immediately clear to anyone who has used a Smartwatch for a prolonged period of time that it is not a watch in any real or meaningful sense. We can call this the ‘Apple effect’. The Smartwatch has, in recent times, been tailored by Apple to appeal to every audience: from the technological consumer; fitness fanatic; fashion blogger to the old school watch guy in the office. The Apple watch has revolutionised the concept of wearable technology. On the launch of the Series 3, Apple boasted that in just two years the Apple Watch had surpassed Rolex as the world’s highest watch producer reaching annual sales of over $6 billion. Imagine that.

The fact that we all individually choose and decide on the watch that we wear, whether that be smart of mechanical, has a lot to do with personality, emotion and experience. These singular objects hold such great importance to us and provide real value and joy to our everyday lives. There is a sense of personal identification with a wristwatch which separates one enthusiast from another. The Smartwatch has the ability to change and be moulded from one person to another, but does not and will never hold the romanticism, special occasion or longevity that a mechanical watch possesses.

Mechanical wristwatches have the ability to connect and ground the wearer to the craft of watchmaking, to a larger community and where passed on, to family of generations past. The limitations of the Smartwatch, such as battery life, design and technological reliability, separate it vastly from a mechanical watch in every sense. The beauty of a mechanical watch lies in reliability.  The desert island question springs to mind. If you were tasked with choosing one watch for every occasion, could you be absolutely certain that in choosing the Smartwatch you would always find a suitable charge point, that you would not need a system update or that you could repair a water damaged device?

Winding a watch and understanding that the same timepiece could last a lifetime is extremely appealing against the somewhat disposable counterpart. So, in an age defined by digital revolutions, die hard mechanical watch collectors will argue for one element of mechanical craft to be retained, whilst others may argue in favour of a harmonious relationship of the two. Leave your comfort zone, for a moment, and imagine the concept and advantages of wearing both harmoniously. There is definitely a place in society, and indeed in the market, for the Smartwatch, and if the Mechanical watch industry continues to rely upon the consumer to purchase a lasting luxury watch upwards of  one thousand over the proposition of an Smartwatch in the hundreds, this discussion may look very different in twenty years from now. 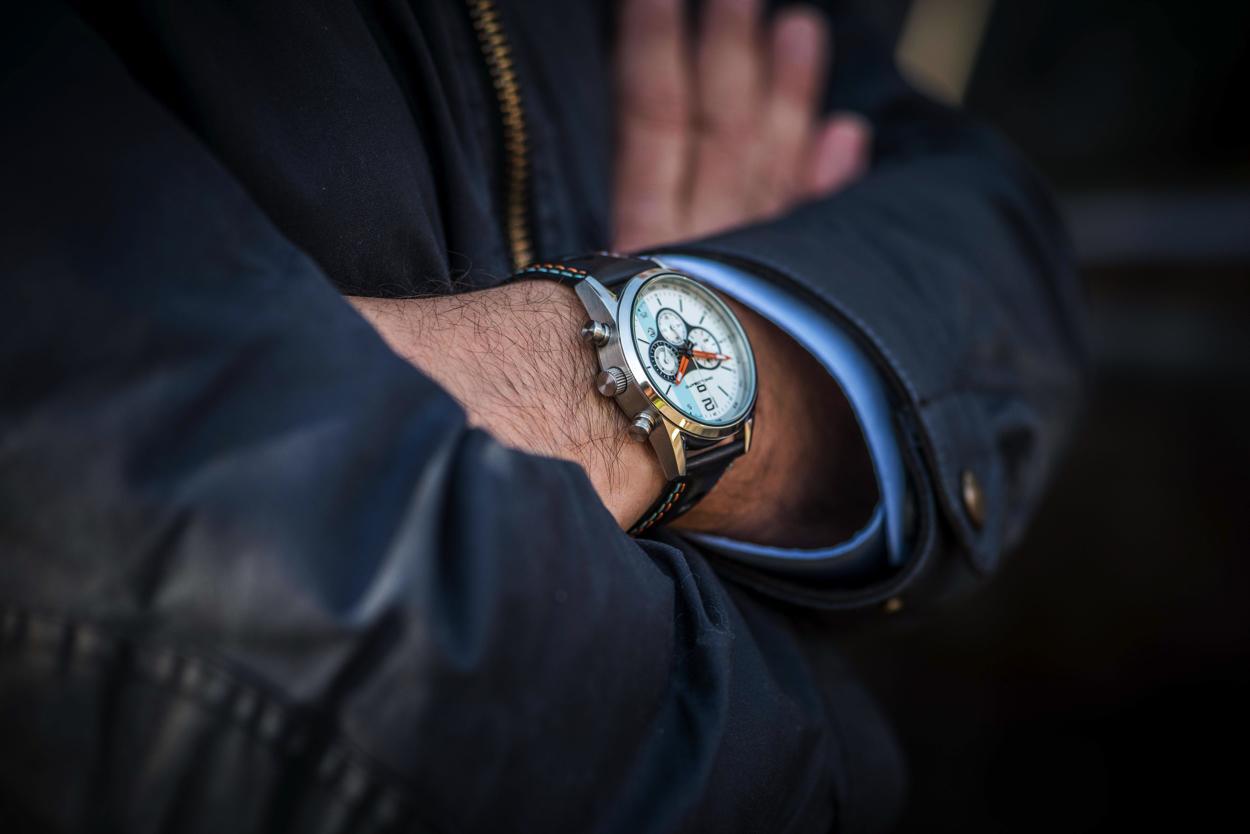