Exploration and horology have long been intertwined with one another, with the Explorer needing to precisely measure the passing of time, as well as the tool being a vital aspect of navigation and communication. Exploring the world, trying new and exciting physical pursuits, and appreciating natures beauty are all values that one aspires to achieve in the duration of their life. With this in mind, the choice of the gear used by explorers must be physically durable and be able to withstand intensity of harsh conditions, high altitude, and rough terrain for prolonged periods of time.

A good starting point here would be the summiting of Mount Everest. The very first Explorers to climb Mount Everest did so with Rolexes. The Rolex Oyster Perpetual Explorer were issued to all climbing members of the early 1953 expedition and featured the world’s first self-winding movement, created specifically to protect the watch from the harshest of elements and assist in practicality of climbing. The early Oyster Rolex wristwatch had to be manually wound, its crown needing to be unscrewed first, which left the watch vulnerable to the elements and requiring the wearer to remove items of gear to gain access to the crown itself. The introduction of the automatic movement has since revolutionised the production of modern explorers’ watches, providing unparalleled levels of reliability and durability. The explorer is, for the most part, going to be consistently moving allowing the watch to wind and retain a power reserve. Rolex has continued the trend, providing exploring watches for both deep-sea diving, mountaineering and aviation pursuits. The Rolex GMT, Explorer, Submariner and Deep Sea have continued in production from the earliest inceptions and sit at the forefront for between the luxury and sport markets.

Rolex need not take all the glory in the exploration arena. In early 2014, Ben Saunders, a professional polar explorer, successfully attempted an expedition from the coast to the South Pole and back entirely on foot and ski. The watch used for the monumental expedition was the Bremont Terra Nova. The Bremont diving watch was a titanium version of Bremont’s Supermarine 500, featuring a 25-hour GMT for navigational assistance in 25-hour daylight.

We are now faced with a modern conundrum, hung between the traditional exploration timepiece and its digital counterpart. Smart adventure watches are extremely practical timepieces, offering data capture, measuring tools, and interactive information gauges which far surpass the offerings of a GMT or Chronograph. Garmin and Suunto both offer extreme versions of Exploring watches, both of which that are able to provide high levels of data and GPS navigation. Ultimately, these watches are built for light use in relatively low risk environments, but when it comes to true exploration and extreme and dangerous environments, the traditional counterpart offers the greatest level of technical support.

For centuries, the modern man (and woman) have dedicated their lives to exploration and as a result the relationship between the individual and gear chosen to join them on the adventure are powerful and profound. The bond that one has with his watch is strong and unrivalled. Whether it be needing to keep time accurately to catch a transfer or extraction, to measure intervals between rest and exercise or simply to keep accurate track of time in the moment, the adventure watch will come alive through the heart and soul of the wearer. 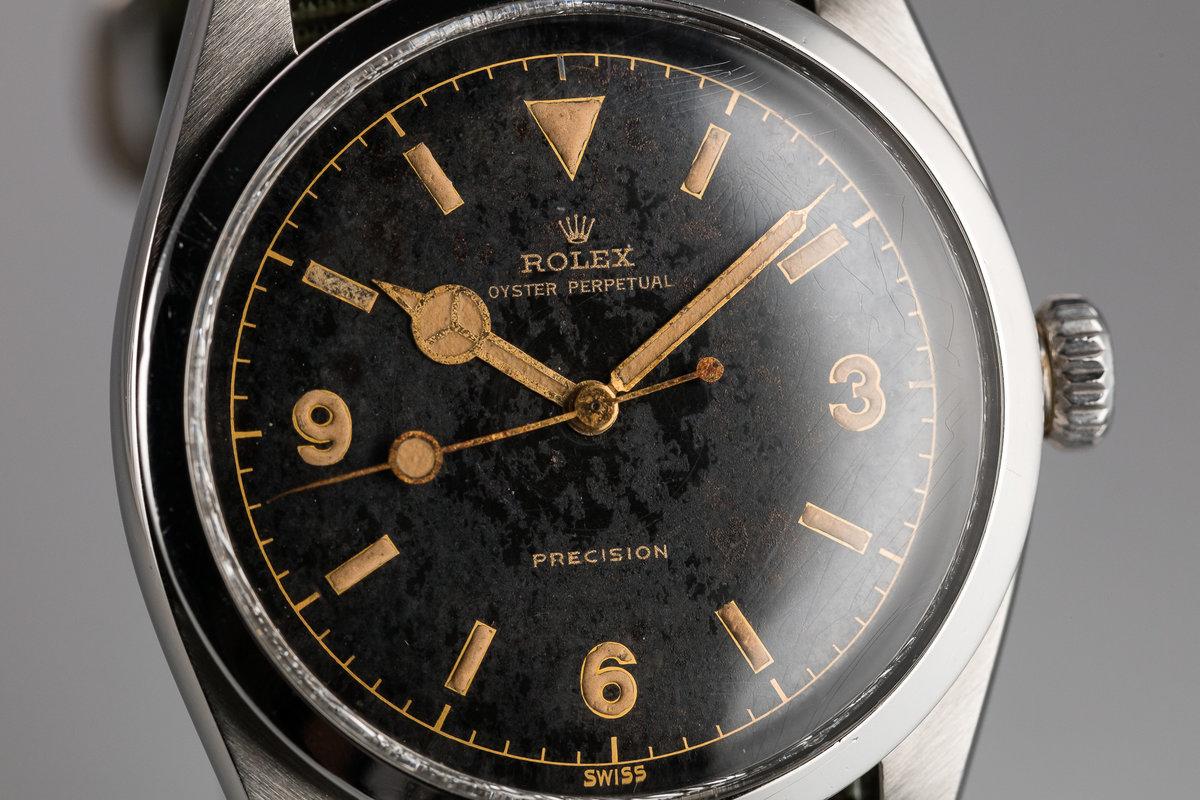