James Hinchcliffe and Robert Wickens are proving that Schmidt Peterson Motorsports is a revived force that can mix it with the best teams in 2018. Can SPM sustain its momentum? Technical director Todd Malloy spoke to David Malsher.

It was easy to be dazzled by Wickens’ performance at the season-opening race in St. Petersburg: the only other Indy car drivers in recent memory to have grabbed pole position on their debuts were Nigel Mansell in 1993 and Sebastien Bourdais in 2003. But the fact that “Wicky Bobby” – as James Hinchcliffe christened him almost a dozen years ago – then retained his composure and led the majority of laps on his debut just confirmed his potential, irrespective of the collision with Alexander Rossi on the final restart.

Yet what followed next, at Phoenix’s ISM Raceway, a 1.022-mile oval, was even more impressive. Wickens qualified sixth alongside teammate James Hinchcliffe, and between them they led 64 laps and contended for victory again. This was the type of track where, despite a résumé that reveals him as a winner in every category of open-wheel racing he’s tackled, we might have expected the 29-year-old Wickens to stumble. After all, Mansell missed his first race at Phoenix having punched a hole in the wall and his own back during practice, and it took a couple of seasons on this side of the Atlantic before Bourdais was more than circumspect on short ovals.

Hinchcliffe and Wickens qualified in the Top 10 at Long Beach but the latter suffered a gearbox malady on raceday while Hinch came home ninth. Then at Barber, occasionally dealing with near-zero visibility, they finished third and fourth. If the rookie has been startling, it’s the fact that both drivers are regular frontrunners that confirms Schmidt Peterson Motorsports-Honda’s potential. The team hasn’t looked this consistently good across a variety of track types since 2014, when Simon Pagenaud went to the final round of the season with a (very) outside shot at the drivers’ championship.

Leena Gade, former Audi Sport race engineer in the World Endurance Championship, was the most high-profile addition to SPM’s principal staff in the off-season as she is Hinchcliffe’s race engineer, while the acquirement of Wickens, after his six-year spell in DTM touring cars, was a hire that now seems shatteringly shrewd.

But don’t underestimate the effect of the team’s new technical director. When Chip Ganassi halved his IndyCar team at the end of last season, SPM co-owners Sam Schmidt and Ric Peterson swooped for Todd Malloy. As long ago as 2003, Malloy was engineering Paul Tracy to the CART Indy car crown at Forsythe Championship Racing, and he was then a key component in the comet-like life of RuSPORT’s Champ Car squad, working successfully with the late and much missed Justin Wilson.

But Malloy can fight with a butter knife as well as a sword. Stints in the financially tough twilight years of Newman Haas Lanigan Racing ensured a couple more trips to victory lane for a once-great team, and he engineered Dan Wheldon to his 2011 Indy 500 glory, when Bryan Herta Autosport comprised fewer personnel than Team Penske’s PR department.

If SPM initially had an advantage this season by being Honda’s chosen team for testing the 2018 aerokit, that advantage was overplayed by some peeved rivals. The first four tests were about IndyCar signing off on the new kit at various types of track. The next round of testing – HPD with Schmidt and Ganassi, and Ilmor-Chevrolet with Penske and Ed Carpenter Racing – was focused on the engine builders adapting their installations to the new bodywork.

Intel from both rounds of testing was then passed down the line to the other teams, and Dallara’s aero figures were eventually proven to be dependable. In fact, one Andretti Autosport insider admitted to Motorsport.com that despite much preseason moaning over lack of test time, the only advantages that Penske, SPM, ECR and Ganassi had gained by being the manufacturers’ ‘chosen ones’ was having actual bodywork with which to work, at a time when Dallara’s parts supply chain was log-jammed. Certainly that whole preseason disgruntlement now appears to be a non-issue, judging by the performances of Dale Coyne Racing and Andretti Autosport…

So what is it that has boosted SPM back to the front of the field? Malloy inevitably won’t take credit – “it’s a group effort” – and points out we’re only four races into the season. But he does admit that trying to improve on all types of track, not merely remedy where the squad struggled in the past, is paying off.

“The goal is to be strong everywhere because to win the IndyCar championship, you have to be,” he tells Motorsport.com. “Last year, SPM was strong on street courses but quite bad on road courses for example, but with totally new aero and revised weight distribution, this is everyone’s chance to move the needle for all kinds of track.

“But it is so competitive. Just look at the number of teams that get into – or are fighting for – the Firestone Fast Six in qualifying. We had great pace at St. Petersburg but two races later, on another street course at Long Beach, we weren’t quite as strong. That shows us what we have to do every weekend otherwise we won’t be at the front.”

SPM’s switch from the chalk-’n’-cheese line up of Mikhail Aleshin and Hinchcliffe to the shaman-’n’-showman combo of Wickens and Hinchcliffe has also been vital to team progress. The media and fans love to talk about the Toronto-founded love-in between two drivers who have been genuine friends and rivals for more than half their lives, and fellow Canadian Malloy appreciates the driver chemistry too. But as an engineer, what pleases him most is that the pair pull in the same direction, setup-wise.

“James and Robbie are at the top of their game and they drive the same racecar, so we can function as a proper two-car team,” he says. “Each side is elevating the other constantly. I’d say that is the biggest positive change, honestly, having two hotshoes with very similar tastes in car handling and total transparency and openness.

“What’s good for one is good for the other, and you’d far rather have that than a four-car team where everyone drives something different because their driving styles are so different. James put it really well after the Barber race. He said, ‘The difference between Robbie being here and not being here is the difference between us finishing third and fourth today, and finishing sixth and 15th!’

“They look at each other’s data very carefully. Even after the race was halted on Sunday, James looked at the data from the [Wickens’] #6 car, and saw that while he was better in one part of the track, Robbie was better in the other. Robbie’s doing the same thing, looking at the #5 car’s data. So when we hit the track for ‘Part 2’ of the race on Monday, both their respective levels were that little bit higher.

“Don’t get me wrong, they’re very competitive and want to beat each other, and they’re super-close on pace. But again, that’s great for the team because we know exactly where we stand – they’re going to be running together at the front, in the mid-pack, or at the back! And if one session they are wildly different, we know it’s because of the car rather than the driver, so we can just switch the fast setup across to the slower car and know it will work. That is a hugely helpful dynamic to have.” 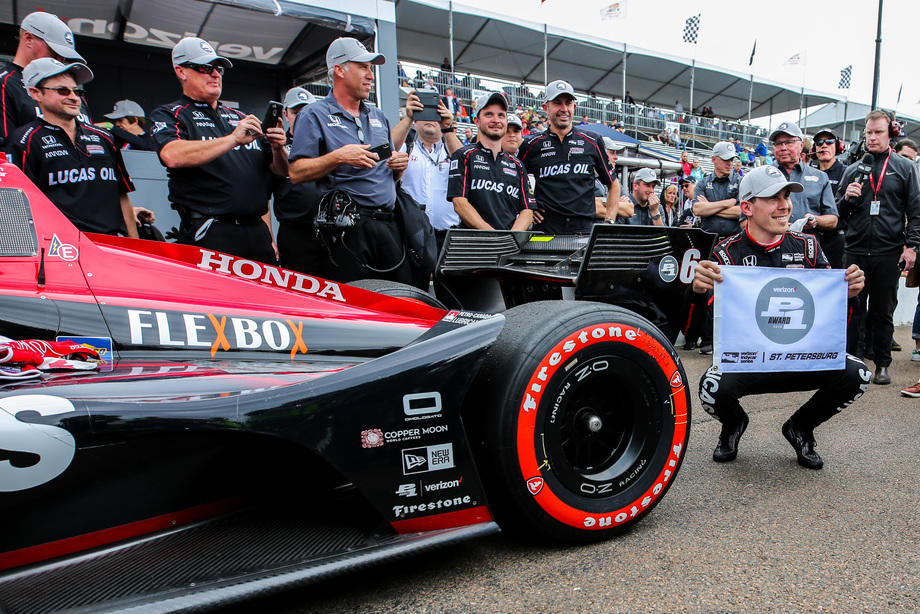