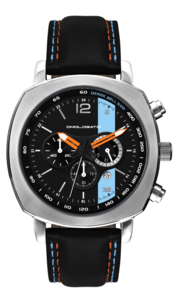 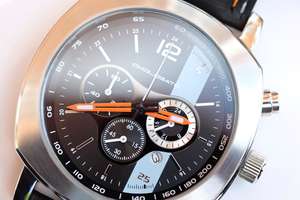 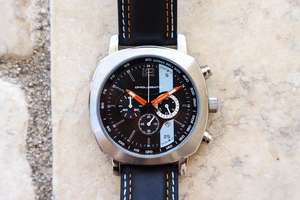 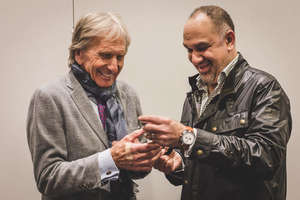 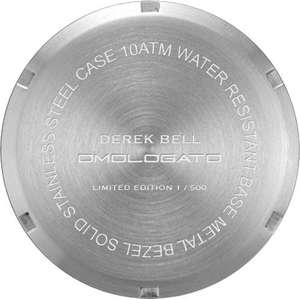 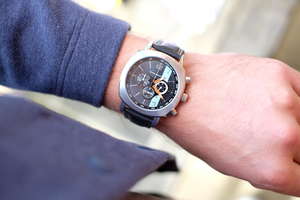 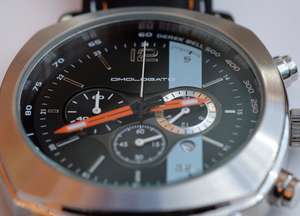 We worked very closely with Derek Bell MBE with this watch, as it had to represent him and what he would naturally seek to wear. The case has been made with a very 70's feel so it would almost feel at home in the film Le Mans he appeared in with Steve McQueen. The iconic colours were added to a deep black dial to bring the watch alive. Derek Bell MBE gave the final sign off and we're proud that this watch is now becoming part his modern race history. 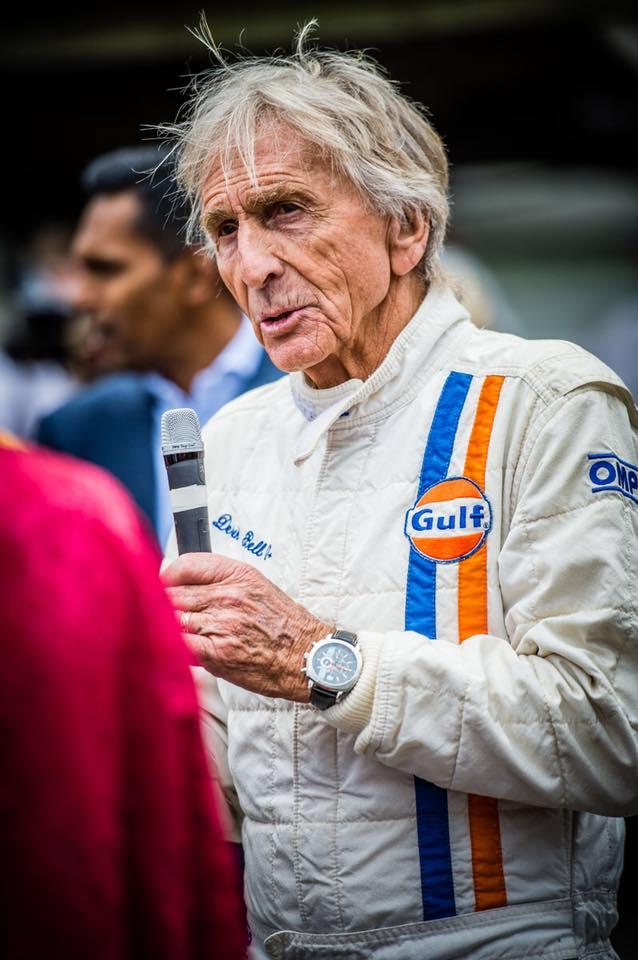 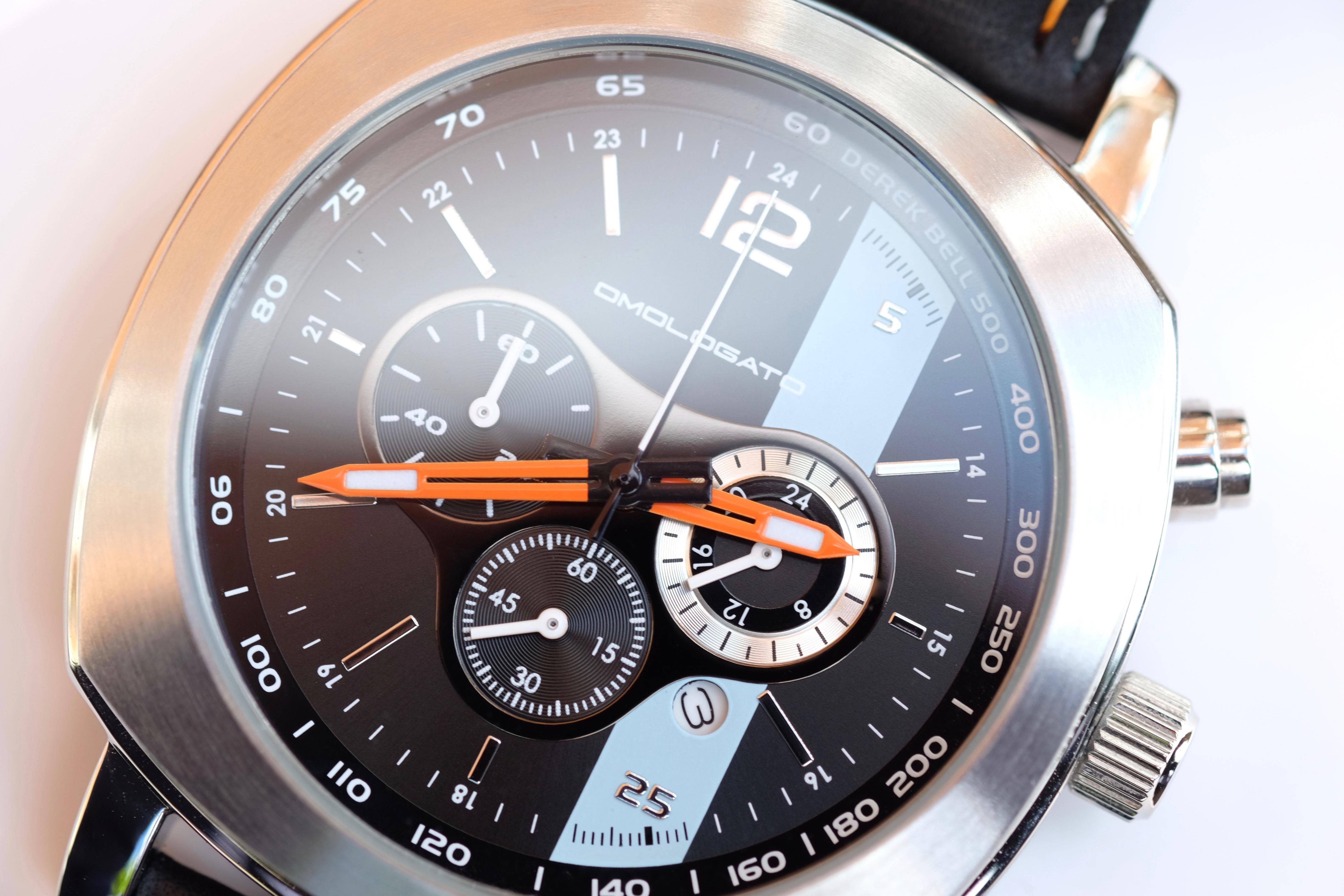 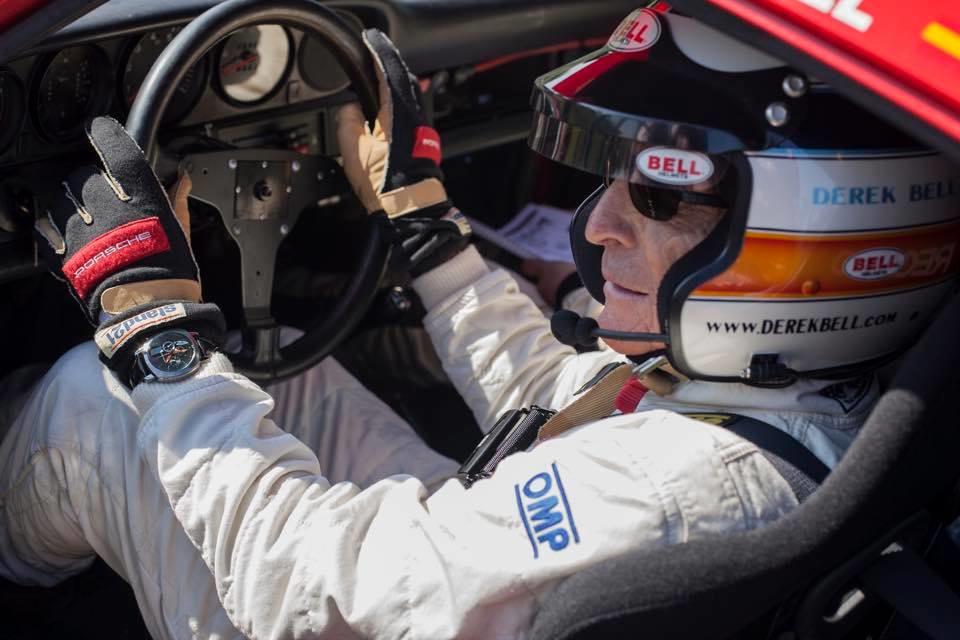 His first Le Mans was in 1970 in a works entered Ferrari 512, with co-driver Ronnie Peterson, his last in 1996 racing a McLaren F1 GTR. Bell achieved his highest ever speed at Le Mans at the 1971 Le Mans 24 Hours  April test day, reaching a calculated top speed of 246 mph on the Mulsanne Straight in the JW Gulf Porsche 917. 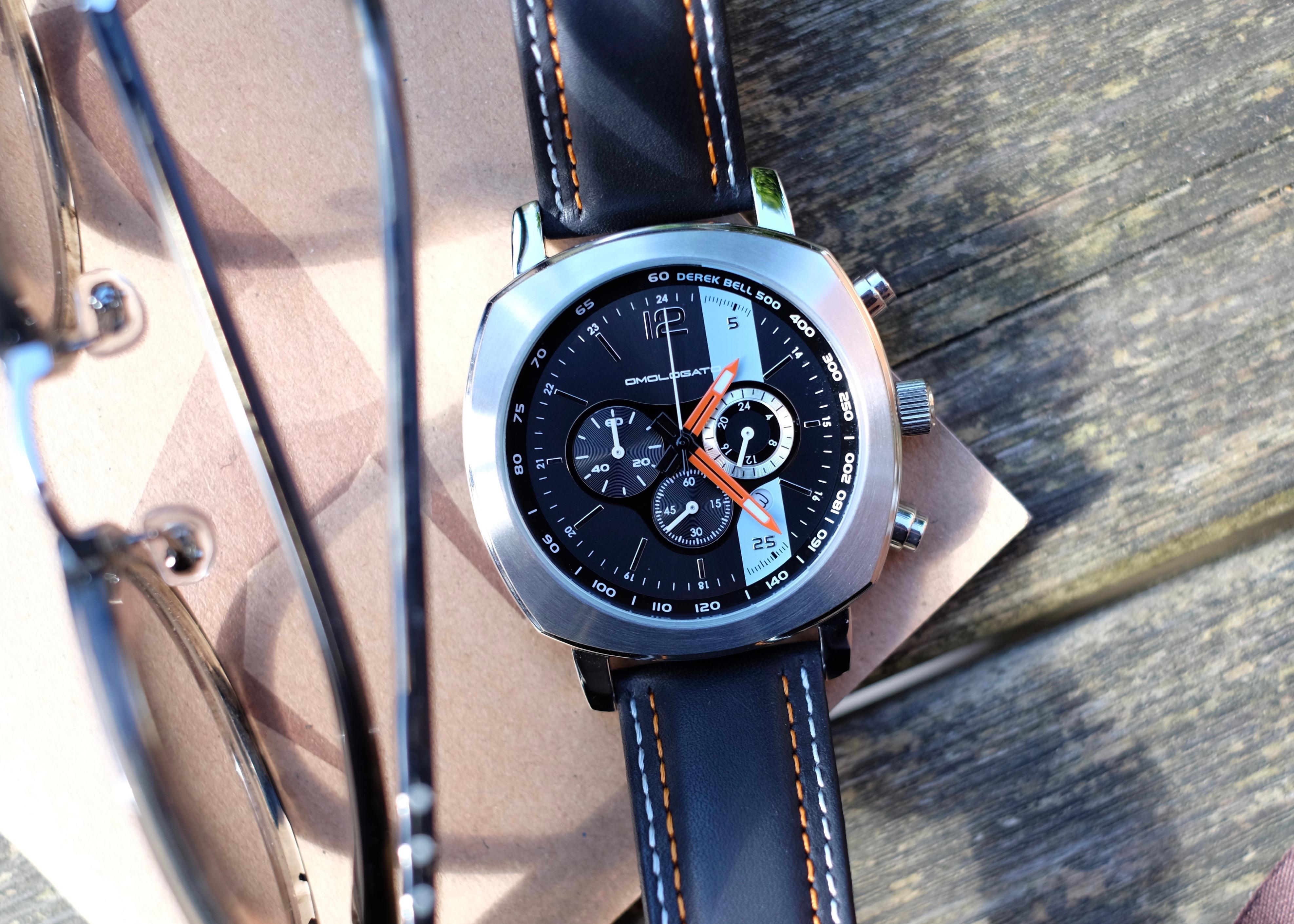 We are proud to offer an official motorsport watch as a tribute to the legendary Derek Bell - Limited to just 500 pieces worldwide.

MORE PICTURES OF THE DB500 HERE

Derek Bell has a new book out called ALL MY PORSCHE RACES - Click HERE for more details. 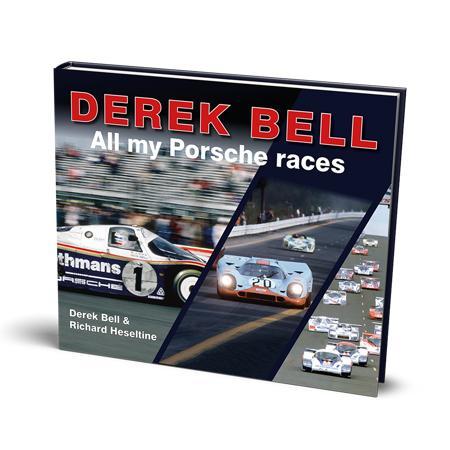